The lottery player who won Lucky for Life® on Nov. 30 claimed her prize today at the Arkansas Scholarship Lottery Claim Center.

Washington said she ordered the winning ticket on the Jackpocket app only about 15 minutes before sales cut off. She won with a Quick Pick.

“I had been talking to a friend earlier that day and told her I was going to quit playing lottery games because I don’t win,” Washington said. “But I was awakened that night at 10:17. A man was telling me I had won a big jackpot. I said, ‘Don’t play with me!’ He told me he was serious and to go and look at the numbers. When I did, I almost had a heart attack!”

She said she couldn’t go back to sleep so she decided to call her mother around 1 a.m. She plans to help her mother with some house remodeling with her prize money. Washington has worked at a local hospital for 42 years and plans to retire next year.

She said she has been playing lottery on the Jackpocket app since it launched two years ago in Arkansas.

Lucky for Life is a multi-state game with drawings seven days a week at 9:30 p.m. If a player matches all five numbers and the Lucky Ball, he wins the top prize, which is $7,000 a week for life. Or the winner can select a one-time payout of approximately $5.7 million.

A player who matches all five numbers without the Lucky Ball wins $25,000 a year for his lifetime. Each of the lifetime prizes is guaranteed for a minimum of 20 years but will continue to be paid out for the duration of each winner’s lifetime. Lucky for Life was introduced to Arkansas in January 2015. A Jackpocket Lucky for Life player in Austin, Ark., won $25,000-a-year-for-life in July this year.

The Mega Millions® jackpot for tomorrow night’s drawing is up to $379 million. Saturday night’s Powerball® jackpot has increased to $116 million, and the LOTTO jackpot – that is still waiting on its first jackpot winner – has climbed to $877,000. The Natural State Jackpot for tonight’s drawing stands at $130,000.

For information on game odds and how to play, visit MyArkansasLottery.com.

Jackpocket is on a mission to create a more convenient, fun and responsible way to play the lottery. The first licensed third-party lottery app in the United States, Jackpocket provides an easy, secure way to order official state lottery tickets. Jackpocket is currently available in Arkansas, Colorado, Idaho, Minnesota, Montana, New Hampshire, New Jersey, New Mexico, New York, Ohio, Oregon, Texas, West Virginia and Washington, D.C., and is expanding to many new markets. Download the app on iOS or Android and follow along on Facebook, Twitter and Instagram. 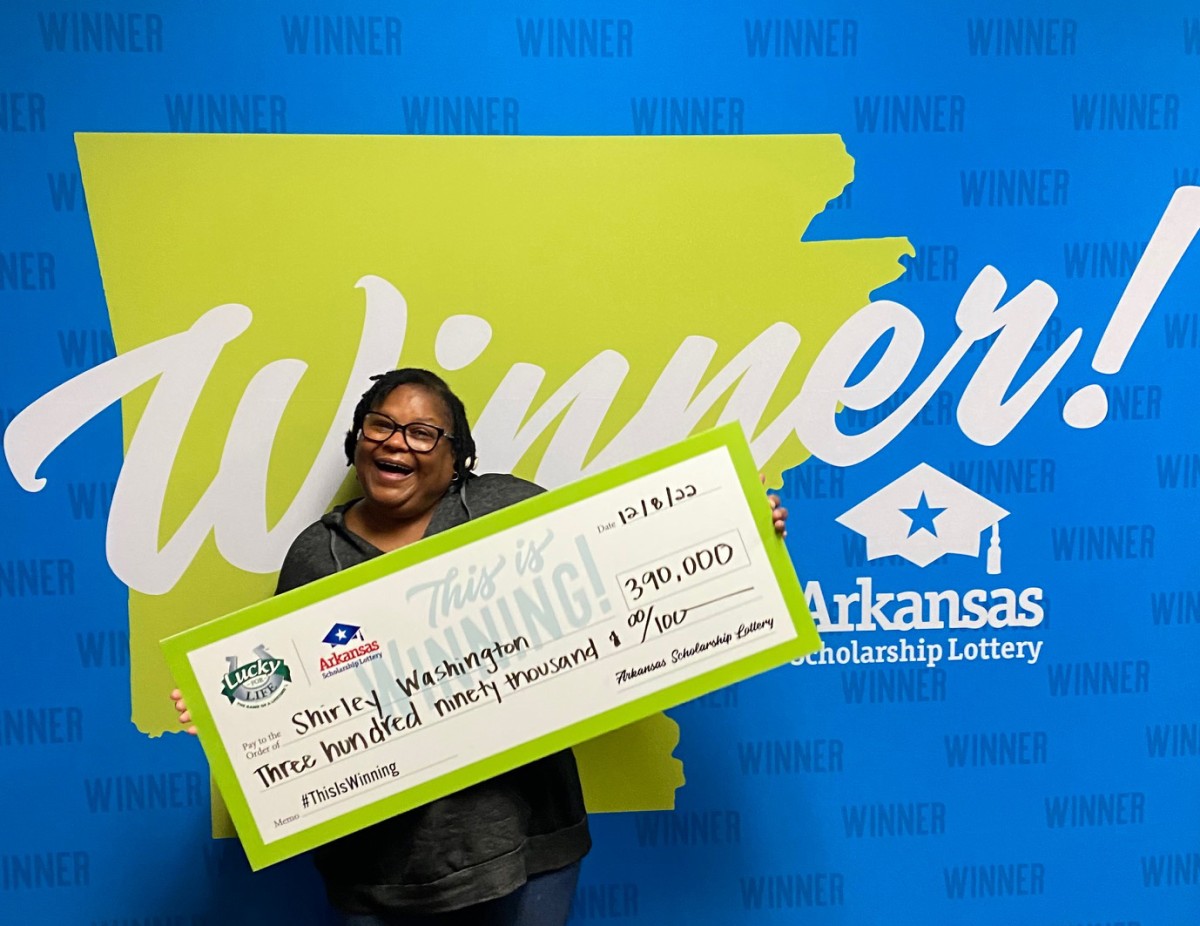