Although the winning Mega Millions® ticket for Friday night’s historic $1.337 billion jackpot was sold in Illinois, an incredible 81,281 players in Arkansas won prizes from $2 to $2 million.

Judy Dudley from Lake City claimed her $2 million this morning at the Arkansas Scholarship Lottery Claim Center in Little Rock. She purchased the winning ticket at the Kum & Go, 4810 E. Highland in Jonesboro. She was one of six people in the United States to win $2 million in Friday night’s drawing. She becomes the 89th person to win $1 million or more from the Arkansas Scholarship Lottery since it started in 2009.

Dudley said she bought her Quick Pick ticket last Thursday when she took her mother to the chiropractor in Jonesboro.

“My five-year-old granddaughter from Texas was visiting, and she was ready to go to bed Friday night before the 10 o’clock news. I told her I had to wait until the Mega Millions numbers were announced on the TV, but Friday night they didn’t announced the numbers.”

So Dudley said she went to the lottery website on her cell phone.

“I was holding the phone in one hand and my ticket in the other. I saw that I had all the white balls, and thought, oh my gosh, I think I just won $2 million! My husband, Dave, had fallen asleep in the chair so I woke him up and then called my daughter who lives close by.”

The local store that sells lottery had closed by then so they all drove to Jonesboro to check the ticket at a retailer around 11 p.m. The ticket reader told them it was a winning ticket, and they needed to claim the prize in Little Rock.

Dudley said she also called her daughter who lives in Texas and a cousin to give them the good news.

“It was hard to sleep Friday night,” she said. “But my main concern was keeping the ticket safe even though I had signed the back of it. It’s taken a while for all of this to sink in. But I don’t care if the world knows I won. My seven-year-old granddaughter announced it in Sunday School Sunday that I had won.”

Dudley retired from Arkansas State University in May 2021, and her husband retired three years ago. The couple plans to enjoy their retirement, take the entire family on a Hawaiian vacation next summer and help her daughter who is building a new house. Plus, her daughter who lives near her is expecting a baby later this month, and the new millionaire plans to babysit a lot.

Retailers receive a 1 percent commission from the sale of winning lottery products, which means the Kum & Go in Jonesboro will receive $20,000 commission for selling the winning Mega Millions. 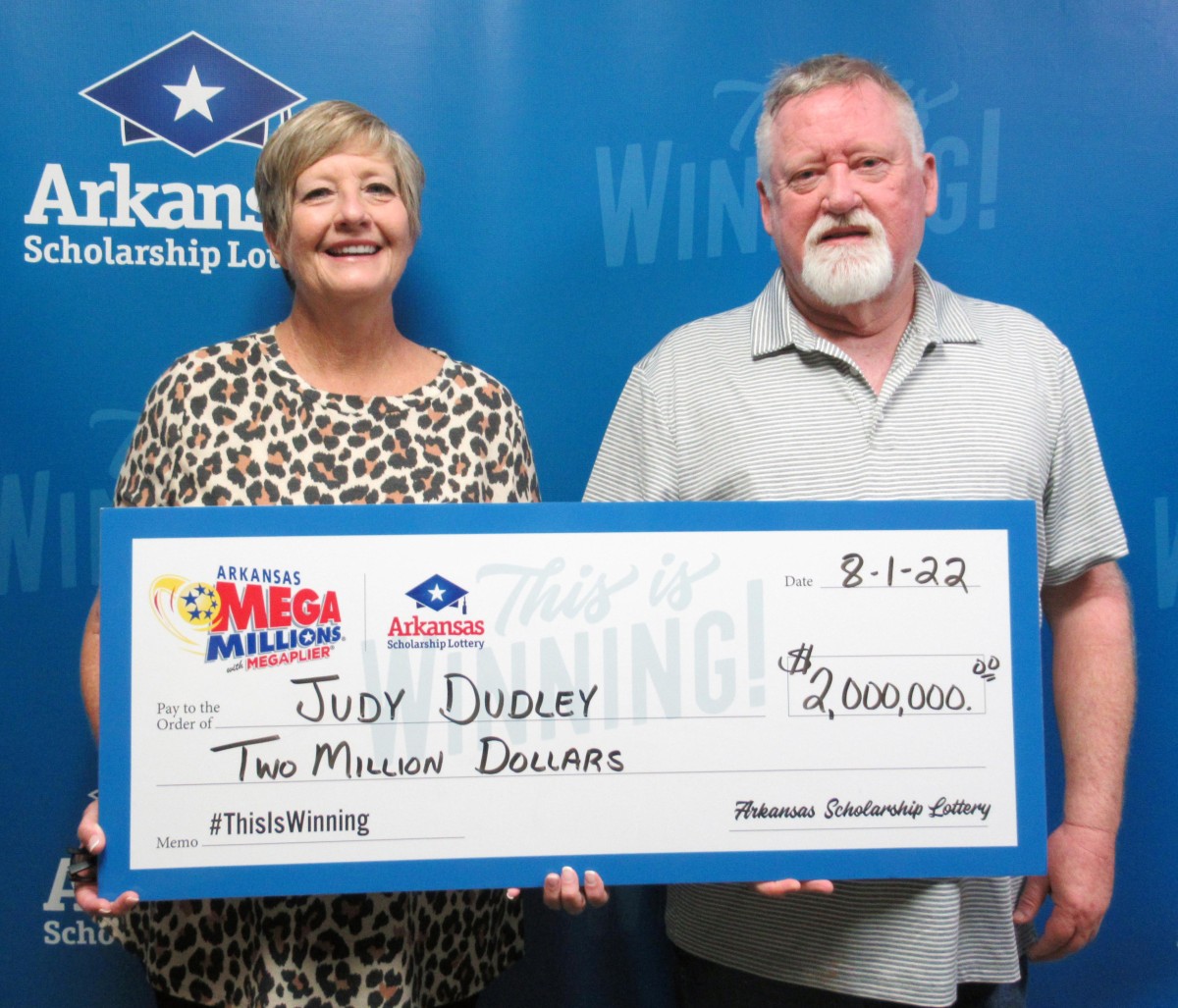 Judy Dudley is pictured with her husband, Dave.