Chris Folks of Fort Smith claimed a $500,000 prize today at the Arkansas Scholarship Lottery Claim Center. He won on the $20 200X The Money.

Folks, who is married with two children, plans to buy a house with his winnings.

He bought the ticket yesterday at the E-Z Mart, 8401 Highway 271 South in Fort Smith. He scratched the ticket at the store and saw that he was a winner but wasn’t convinced he had really won half a million dollars until he claimed his prize.

“I couldn’t believe it,” Folks said.

The E-Z Mart will receive a $5,000 commission for selling the winning ticket.

Folks said he plays scratch-off tickets frequently and also likes the Natural State Jackpot and LOTTO games because they are only sold in Arkansas.

During the holiday season, players are encouraged to gift responsibly and not purchase lottery games for people under the age of 18. 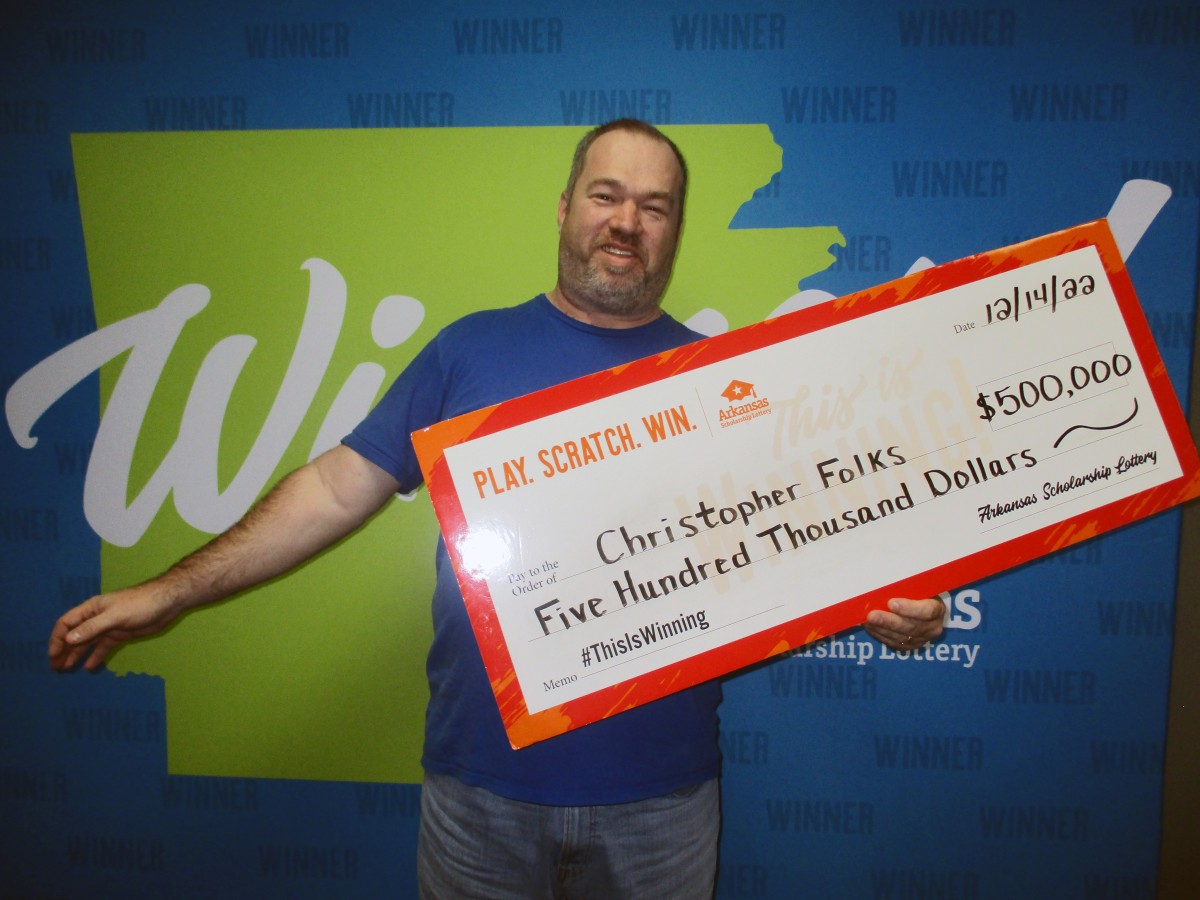