It’s only Tuesday, and Arkansans are starting the week right by claiming big prizes at the Arkansas Scholarship Lottery (ASL) Claim Center.

The winning numbers for that night’s drawing were 3, 11, 22, 28, and 34. Nannette and her husband, Jim, were in Las Vegas vacationing with their best friends when they discovered someone had won the jackpot.

“Well, shoot! Someone’s got it,” was Nannette’s response when her husband received an email from The Club informing players that there was a winner.

The duo didn’t realize that Nannette had the winning ticket until they returned home from their trip and had a chance to check the winning numbers on the lottery’s website.

“Honestly, we still didn’t think the win was real until we came here for her to claim the prize,” said Jim.

Nannette first told their best friends about the win. She is retired and plans to save most of her winnings, donate some to charity, and help the couple’s grandchildren with school supplies.

Veronica Bunbury of Little Rock won $50,000 from the $50,000 Payday instant game. She claimed her prize yesterday and plans to pay bills with her winnings.

Brett Splittstoesser of McCrory claimed a $100,000 Powerball® prize today. He first told his parents about the win by sending them a picture of the ticket. Brett plans to upgrade his house and build a shop with his lottery prize.

More than 92 cents of every dollar of ASL revenue goes to prizes, scholarships, retailer commissions, and other expenses in Arkansas. Since 2009, the lottery has raised nearly $1.1 billion in proceeds for scholarships. More than 675,000 college scholarships have been awarded to Arkansans. The lottery has awarded more than $4 billion in prizes to players, about $352 million in retailer commissions, and provided more than $155 million in state and federal tax revenue.

Follow the Arkansas Scholarship Lottery on Facebook, Twitter, and Instagram. Visit MyArkansasLottery.com for more information on scholarships, winners, games, odds, promotions – and to join The Club for free. To hear winning numbers, call the Winning Numbers Hotline at 501-682-IWON (4966). To get help with problem gambling, contact the National Problem Gambling Helpline at 1-800-522-4700. 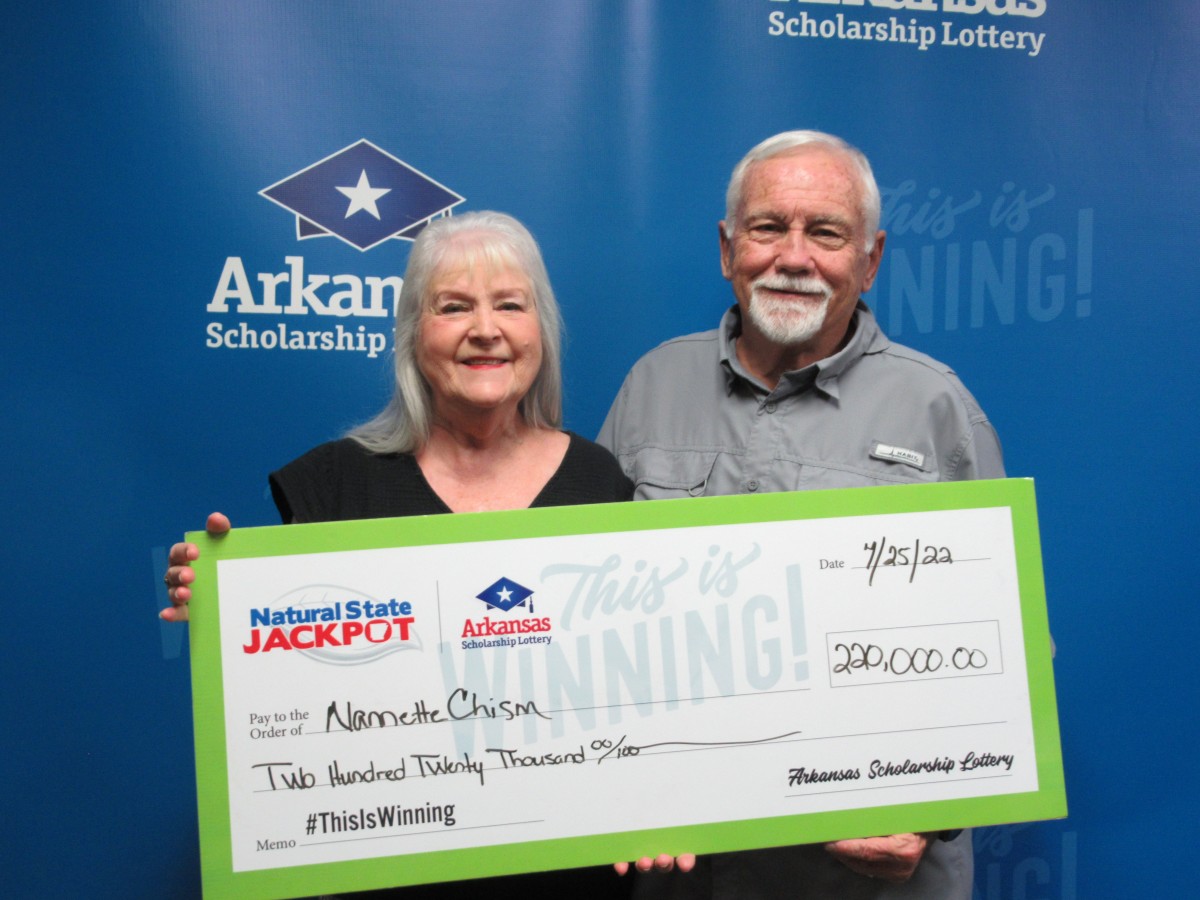