$825 Million Powerball Jackpot Is Second Largest Ever, LOTTO Jackpot Goes Over Half a Million for Saturday’s Drawing

The Powerball® jackpot that has eluded players for nearly three months has grown to be the game’s second largest prize ever. After 36 drawings in a row with no grand prize winner, the jackpot now stands at an estimated $825 million ($410.2 million cash value) for the drawing on Saturday.

The jackpot ranks as the second largest in Powerball history, only behind the world-record $1.586 billion Powerball jackpot, and fifth largest in U.S. lottery history.

The jackpot for the Arkansas Scholarship Lottery’s (ASL) newest game – LOTTO – now stands at $519,000 for tomorrow night’s drawing. LOTTO is only played and won in Arkansas, and ASL is still waiting on its first jackpot winner after the game launched Sept. 21.

To purchase a ticket, visit a local lottery retailer or play on the Jackpocket app. Players can choose their own lucky numbers or buy a Quick Pick and let the computer randomly select numbers. Each play is $2 for either game.

When playing Powerball, a player can get the Power Play®, which multiplies any non-jackpot prizes won, with an additional $1.

For more information on game odds and how to play, visit MyArkansasLottery.com. 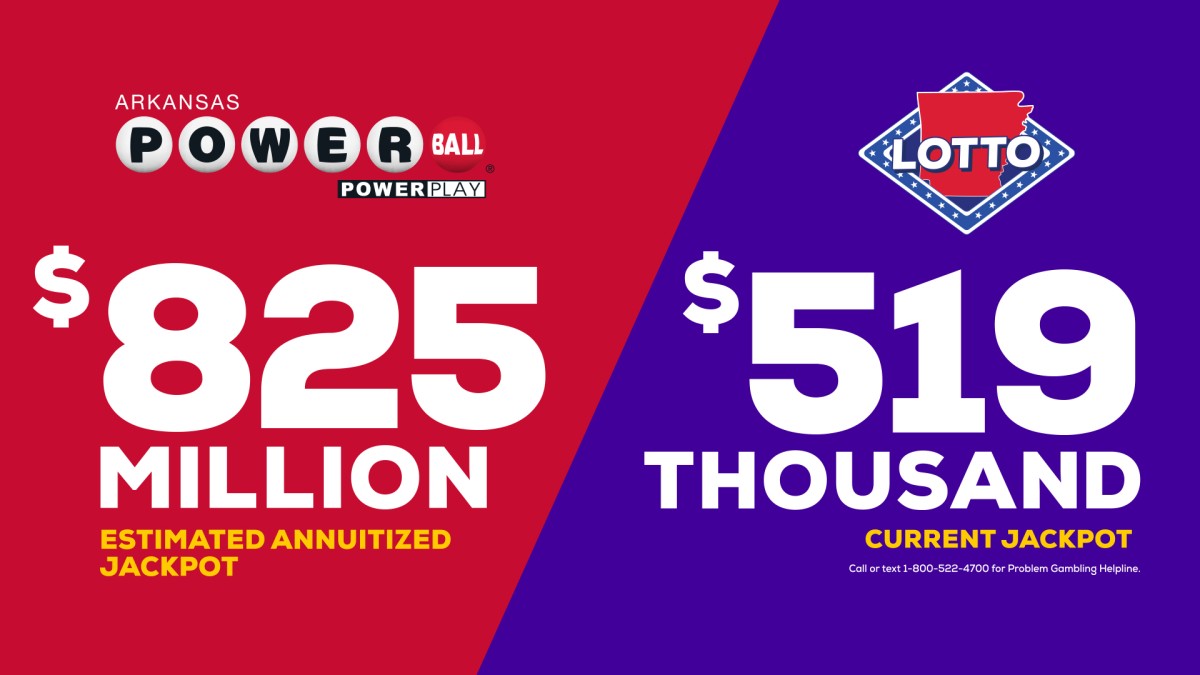